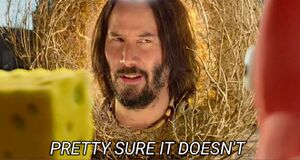 “Tumbleweed Keanu Reeves” is a meme that made its big debut in “The SpongeBob Movie: Sponge on the Run.” Keanu Reeves, a wildly talented actor, is relegated to the role of a tumbleweed.

The clip from the trailer shows SpongeBob and Patrick hiding behind a tumbleweed that randomly comes to life in the form of Keanu Reeves. After introducing themselves, Patrick makes a classic Patrick remark that demonstrates how dense he is. “I’m pretty sure it doesn’t,” said Reeves in response to Patrick’s foolish thought.

On Nov. 14, 2019, the trailer premiered. In one day, over 700,000 people viewed the trailer. MerleAmbrose, a Redditor, was the first to publicly state how absurd the scene is. The post scored over 1,000 upvotes, showing that many people echoed MerleAmbrose’s sentiment.

The meme made the biggest splash on Twitter. TheGamesCage, a member of this social media platform, tweeted the scene in its entirety. The post garnered 41,700 likes and 10,800 retweets in one day.

People use the Tumbleweed Keanu Reeves meme in response to someone saying something idiotic or inaccurate. For example, when people suggest that video games promote violence or that certain hand gestures are indicative of white supremacy. 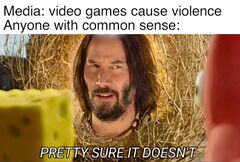 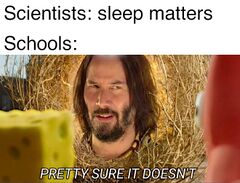 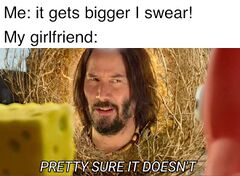 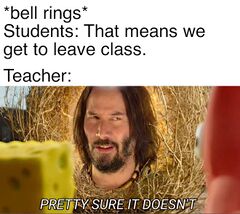