Two Guys On A Bus 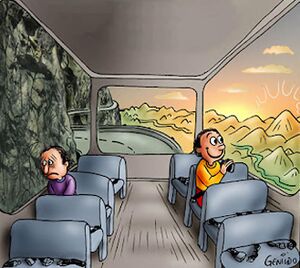 “Two Guys On A Bus” is a meme that has been recently surfacing across the world wide web. The meme features two guys sitting parallel from each other and facing the bus windows. One guy is staring happily at a beautiful landscape with a sunset in view with a phone in his hand like he's going to take a picture of the view. Meanwhile, the other guy is frowning and absolutely miserable staring at an awkward view too close to the mountains.

The original image is derived off of art from the Brazilian cartoonist named Genildo Ronchi.

He had uploaded this art on his website in on August 24th 2013, where the art was titled "Sometimes it just depends on us." in Portuguese and it had another piece of text that translates to "Choose the happy side of life!" While the image has instantly gained popularity, it has been used as a meme since 2019.

The meaning of Two Guys On A Bus seems to have a focus on choosing a better life for yourself and people use it as the joke. There are many different variations scattered across the net and you can find a new one every second. 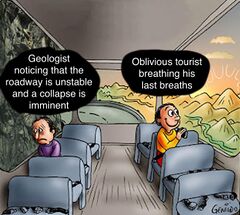 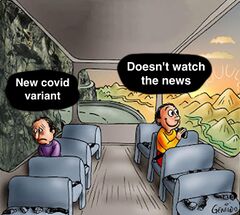 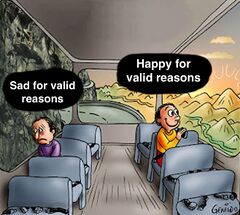 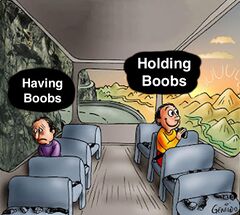