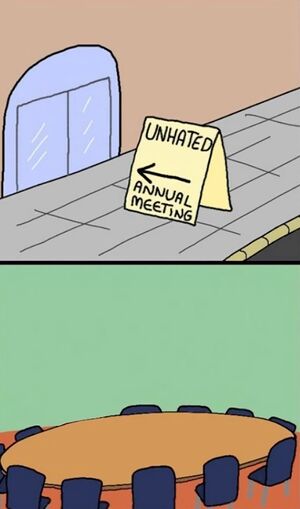 The “Unhated X Annual Meeting” meme is a two panel comic depicting a meeting of all the 'unhated' things.

The first panel shows the exterior of a building and a sandwich board sign that reads: "Unhated X Annual Meeting" with an arrow pointing to the building. The second panel shows a large conference table occupied solely by something.

The original comic was posted on Reddit to r/polandball on July 15, Canada Day, by Reddit user u/disneyvillain. The subreddit r/polandball is place for users poke fun at stereotypes about nations or current events in international relations by posting comics where different countries are depicted as simple 'countryballs'.

Though this meme is not particularly popular and took a while to catch on, both panels of the meme are often edited to display universally liked members of a group. Users will usually change the sandwich board sign to advertise the meeting of a particular group, and the second panel will contain various members of that group that are uncontroversial or enjoyed by everyone.

Alternately, the second panel will sometimes be changed to be an empty conference table, indicating that all members of the group in the first panel are disliked. 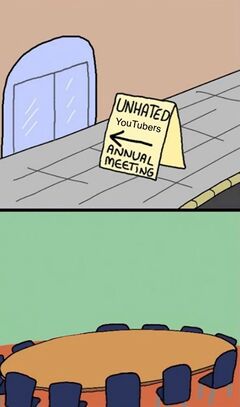 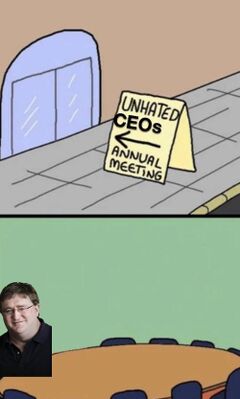 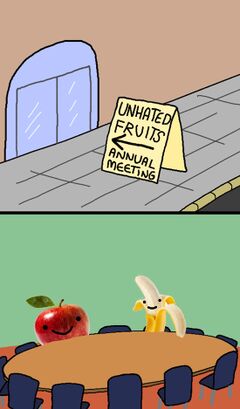 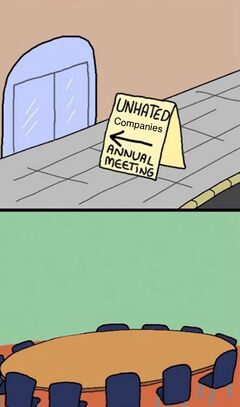