Will Smith With a Camera 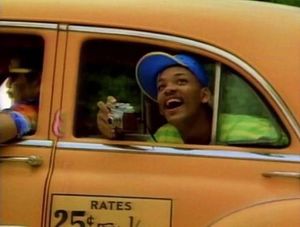 The “Will Smith With a Camera” meme, also called Will Smith in a Cab is based on a still from the opening of the American television series, Fresh Prince of Bel-Air.

In the image, Will Smith (the main character) is looking out of a taxi window while holding a camera.

This image is generally used as a reaction image to reference situations where a person (usually specified in the image) sees something previously predicted or expected by the poster.

The pilot episode of Fresh Prince of Bel-Air, titled "The Fresh Prince Project", premiered on September 10th, 1990, in the United States.

The still image comes from the opening intro of that episode, where Will Smith (playing Will Smith, the main protagonist of the series) takes a taxi cab ride to Bel-Air, a neighborhood in California.

In this specific shot, an excited Smith is shown peeking out from the cab window while holding a camera.

In its earliest incarnation, from July 30th, 2014, @_fckn__ posted about excited freshmen arriving at school for the first time.

This meme's meaning generally comes from the fresh-faced excitement shown by Will Smith as he drives through an entirely new city.

Other images of a much older Will Smith have also been used as a kind of "comparison" between youthful excitement and adult realizations. 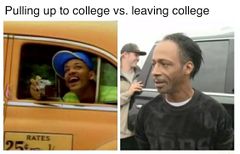 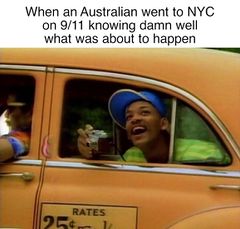 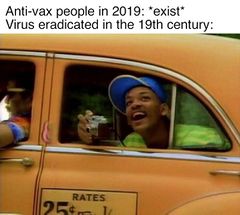 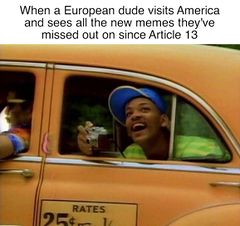