You Are Intelligent, I'll Give You That 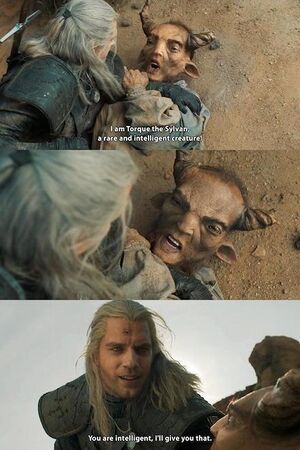 After the massive success of HBO's "Game of Thrones" violent fantasy series, which has spawned numerous clever memes, video streaming service Netflix has been looking for a similar formula, and it seems to have found it with "The Witcher," a new series based on the fantasy novels of Andrzej Sapkowski, a prolific and talented author from Poland.

"The Witcher" has profanity, nudity, violence, and monsters; it takes its visual styles and cues from the video game series developed by CD Projekt Red, and it was launched in 2019 just a few days before Christmas. “You Are Intelligent, I'll Give You That” is one of the first memes from this series.

Shortly after the second episode of "The Witcher," a three-panel exploitable of a scene was posted on Reddit. Geralt of Rivia, a monster hunter, comes face-to-face with Torque the Sylvan, and he pins the creature down after a violent and profanity-laced struggle. Torque explains his origin and claims to be intelligent, which he proves after a clever exchange of insults. Geralt concedes that Torque is intelligent.

The panel was not posted to the Reddit board dedicated to "The Witcher;" it appeared on a historical discussion board, and it featured a funny exchange about a myth about the Third Reich and the economic theories of the Nazis, which were deeply flawed and inefficient.

As far as memes go, this one is pretty straightforward. If you want to accept that a little-known statement is formulated with intelligence and makes perfect sense, go ahead and fire up your favorite image editing app to make these three-panel exploitable smart and fun. 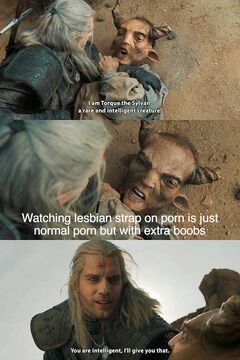 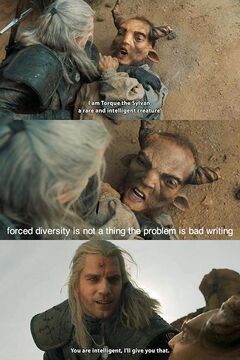 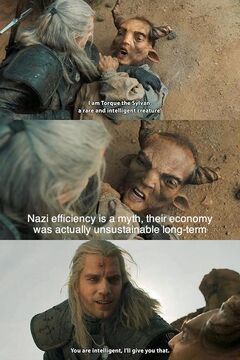