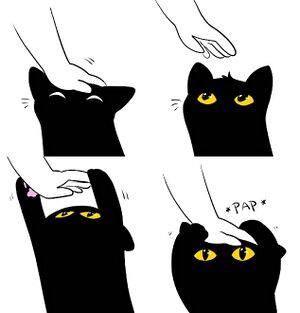 In the world of internet memes, cats reign supreme. There are countless images, animated GIFs, videos, reaction panels, and other digital representation of cats that have entered the collective digital consciousness, and there seems to be no end to this trend.

Felines are not an online subculture; they are an entire culture, and this is perfectly illustrated by “Cat Pap”, a web comic featuring a black cat that clearly enjoys being petted and is not afraid to demand even more petting.

The earliest version of Cat Pap dates back to April 2016; a web comic artist posted a four-panel image on the Tumblr microblogging platform, a social network that was once purchased for more than a billion dollars by Yahoo! Inc.

In essence, the comic depicted a cat clearly enjoying a petting session by a human; when the hand pulls away, the cat uses both front paws to demand more affection, and it is quite pleased when the hand produces an onomatopoeic "pap" sound upon landing on the feline head.

Over the next three years, a couple of versions of the comic circulated on Tumblr, but once it was posted on Reddit under the wholesome memes forum, it started receiving thousands of likes and shares. The stylized black-and-white version of Cat Pap was a Reddit hit a couple of weeks before Christmas 2019.

This meme works best when it does not stray far from its wholesome beginnings. When something feels so good that it prompts you to demand more of it, you can use Cat Pap to help you convey your desire and positive reaction. 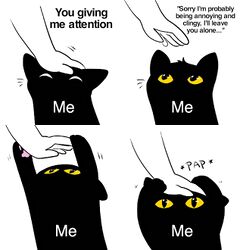 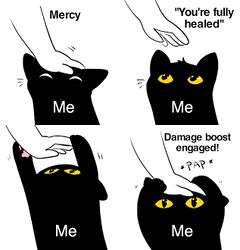 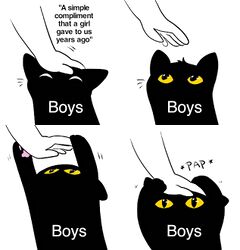 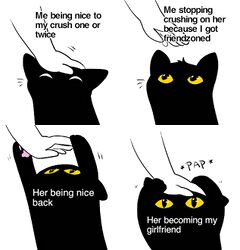