For the Better, Right? 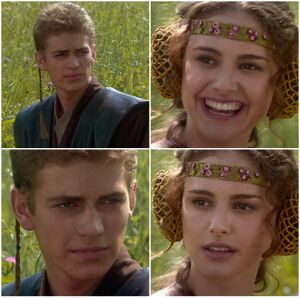 The Star Wars fictional universe has always been a rich source of memes, particularly the three prequel films that introduced intricate political plots about how the Galactic Republic fell apart and gave way to the evil Galactic Empire.

The stark contrast between Byzantine politics and the corny subplots of the Star Wars prequels inspired “For the Better, Right?”, a four-panel object labeling set of images where the punchline generally needs to be repeated in order to make the joke land.

When "Star Wars Episode II: Attack of the Clones" was released in 2002, it was considered to have been better than its predecessor. Episode II features Anakin Skywalker as a Jedi knight who by this point should have been attending anger management classes; a particularly foreshadowing picnic scene with Padme provides slight hints about what is happening to Anakin, and this is where the meme is taken from.

The scene has been on YouTube since 2016, but it took about five years for the four-panel image to appear on Reddit, where it gathered thousands of positive votes in just a few months.

Once the panels were labeled to reference the eccentric tech billionaire Elon Musk, "For the Better, Right?" achieved viral status. In late May 2021, the four-panel layout ended up as Reddit post reminding everyone that the meme was not actually based on actual dialog from Episode II, and this realization made it even more popular.

The actors portraying Anakin and Padme do a great job with regard to facial expressions. This object-labeling image is ideal to make fun of lofty ideas that can end up becoming dangerous when they are incorrectly executed. 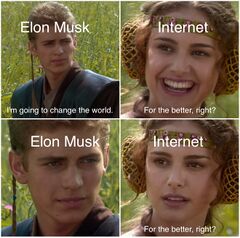 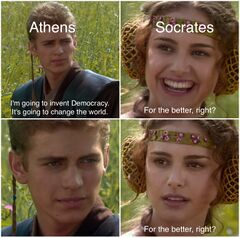 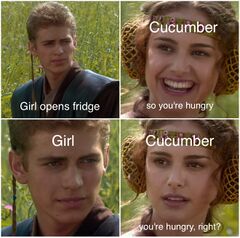 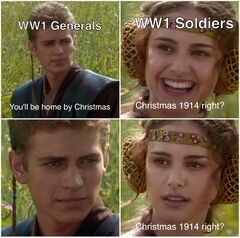