Godzilla vs. Kong vs. Cheems 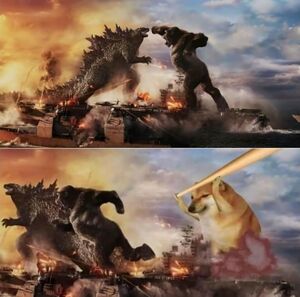 “Godzilla vs. Kong vs. Cheems” is a two-panel image macro. While the first panel shows Godzilla and King Kong about to collide in an all-out brawl, the second panel shows Cheems the dog setting up to defeat them both. It has been used as an object labeling meme.

The initial still that spawned this image exploit is taken from a trailer for "Godzilla vs Kong," released January 24th, 2021.

The meaning of this particular meme is relevant to any sort of scenario where two mighty or influential forces or persons are overtaken by a third party that takes a very different perspective from the other two parties, often for the better, be it a sincere or joking sense. Examples of the sort of situations this could be implemented in include the following: 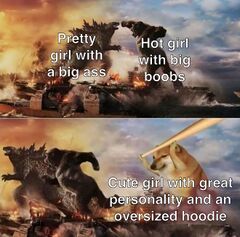 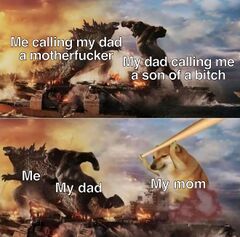 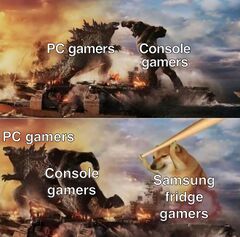 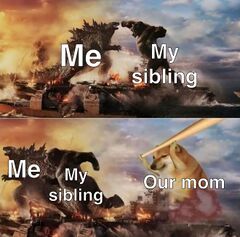