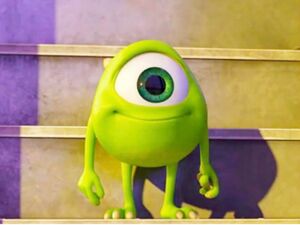 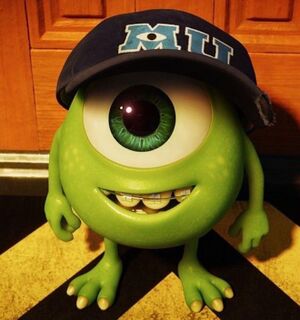 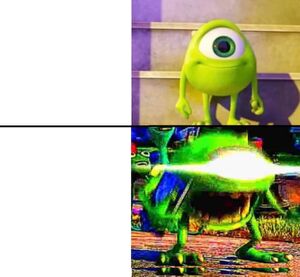 The “Kid Mike Wazowski” meme refers to an image of the beloved Mike Wazowski, a prominent character in “Monsters, Inc.” This specific image comes from “Monsters University” and is a younger version of the green, one-eyed monster.

The photo is undeniably adorable and shows Mike as content as can be while smiling at the camera. Many have added a picture of Mike with a laser beam eye to the meme for comedic purposes.

The former took audiences by storm, but it took six years for the clip to evolve into a meme. On Nov. 9, 2019, Memestagram, a popular Redditor, uploaded the image of young Mike Wazowski.

The image was quickly deleted, but another Redditor posted the same image and gained 66,900 upvotes. Their rendition included the aforementioned laser beam version of Mike Wazowski.

The photo is used to depict something that sparks joy. For instance, when your teacher praises you in front of your parents. The picture can also be used sarcastically.

In other words, when you smile at things that don’t evoke happiness and are actually deeply unsettling. For example, when a kid brings an assault rifle to class. 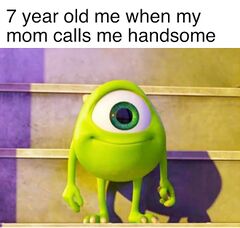 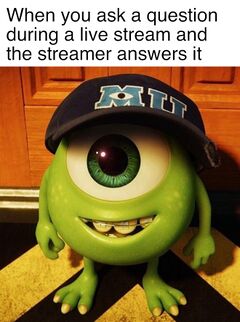 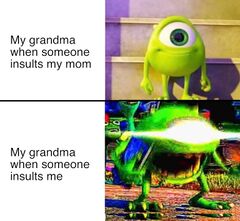 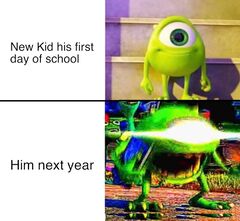