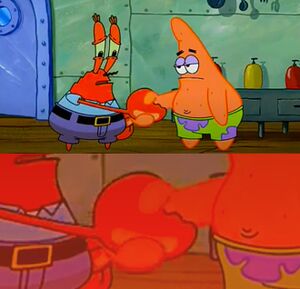 The SpongeBob SquarePants is the animated series that keeps on giving. After a very successful run on analog cable television, SpongeBob has jumped to the silver screen, the Broadway stage, and digital video streaming networks.

The quirky plots and settings of the series make it irresistible to meme makers, which explains why "Mr Krabs And Patrick Shaking Hands" came out as an exploitable image macro in 2021. In essence, this image macro consists of two panels in which two regular characters of the series begrudgingly perform a handshake.

The scene from which the two images are taken aired in 2002 as part of the third season.

We can credit the Reddit meme board for launching this meme in February 2021; the joke focused on the irony of two students who finished an exam early, but one did not study at all while the other is a star pupil.

Over the next two months, Reddit users posted different versions of this image macro, and the topics highlighted topics ranging from the coronavirus pandemic to the massive cargo ship stuck in the Suez Canal and from racial stereotypes to video game addiction.

Life is filled with contradictions that will inexplicably converge from time to time. You need two divergent labels on the upper panel in order to deliver the punchline at the bottom. The more unlikely the two labels are at the top, the more ironic and clever the punchline will be in the lower panel with the handshake. 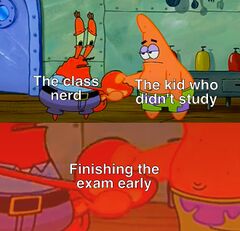 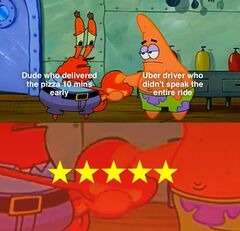 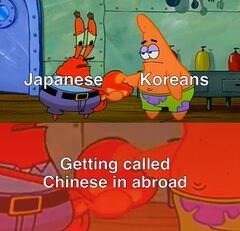 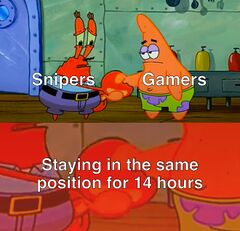