One does not simply X 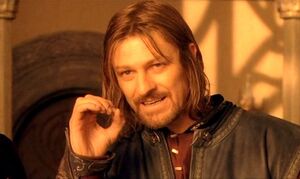 “One does not simply X” is a meme template based on the character Boromir from the 2001 film Lord of The Rings: The Fellowhsip of the Ring. It consists of a single picture usually accompanied with top and bottom text caption. The top line is almost always “One does not simply” but the latter portion of the phrase can be changed to fit the needs of the creator.

Sometimes the face of the character is edited so that someone else is speaking the caption. It has become a general catchphrase for internet users that can be written on forums and social media sites with or without accompanying images. This meme has had a significant impact on pop culture. It is arguably one of the most popular and most influential memes of all time.

The source image for this meme is taken from a clip from Lord of the Rings: The Fellowship of the Ring. The movie was directed by Peter Jackson, and the role of Boromir is played by Sean Bean.

In this scene, Boromir is describing some of the dangers that one can expect to encounter when entering Mordor, which is the realm of Sauron, who is the evil nemesis of Lord of the Rings lore. The caption of the very first version of this meme is dialogue taken directly from the movie. 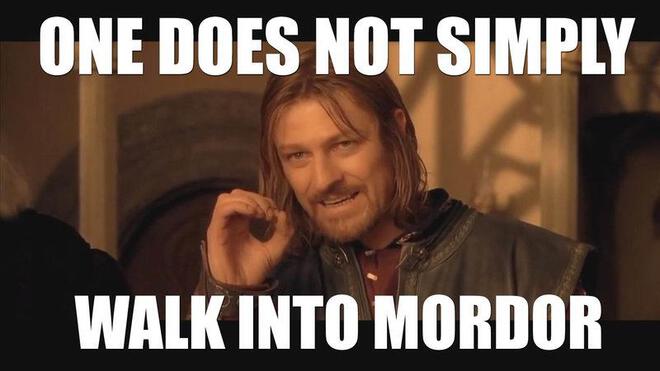 The first versions of this meme focused heavily on swapping out single words of the catchphrase. Some variants changed the word “Mordor” into some other location. Others changed the word “walk”. These memes did not deviate from the topic of Lord of the Rings, nor did they introduce new tasks the way later versions of this template began to do. This example which places Boromir in a busted-up car was posted to the Something Awful forums in 2004: 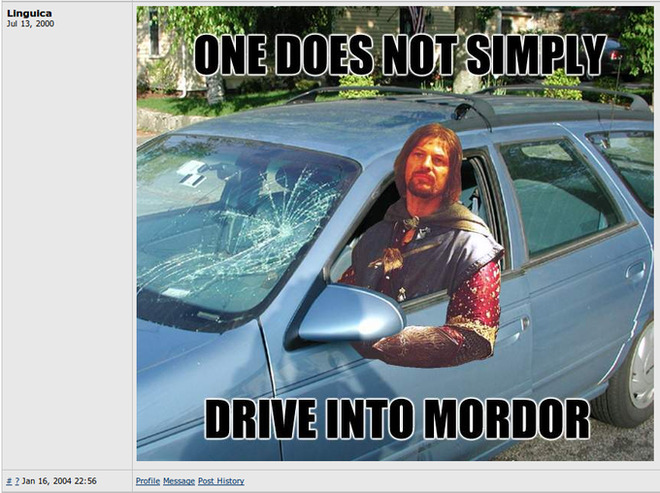 This meme was later used in YTMND pages from 2004-05. This helped the meme gain popularity. Unfortunately, these examples appear to be no longer online. As of July of 2022, YTMND appears to be struggling to maintain itself. It has been on and off again since 2019, when the owner started to have issues with maintaining the site due to growing tired of dealing with aggressive users and struggling with decreasing revenue. You can read more about that here.

In 2011, following the hype for the trailer for The Hobbit (2012), Google Maps introduced an easter egg to their platform. When a user tried to get directions walking to Mordor, it would remind them that one does not simply walk into Mordor. This has been removed in subsequent versions of Google Maps, but it lives on in our memories. More info here. 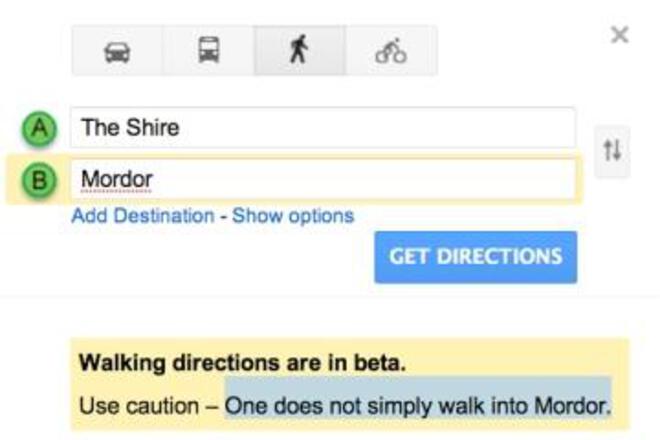 Later versions of the meme began to add more meaning to it. After 2006, internet users began to use the phrase “one does not simply X” to refer to a range of difficult or impossible tasks. Despite its age, it finds ways to remain relevant as it keeps coming up in new contexts. For example, it has been adopted by the trading community where it has been used to describe failing strategies. In this example, it is used by a US user who is venting frustration about losing access to the cryptocurrency exchange Binance. 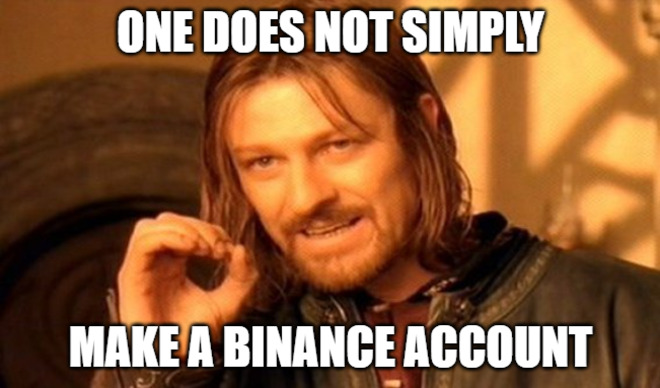 The meme was also referenced in a 2015 episode of the cartoon Gravity Falls. Internet users took notice. This may be linked with the growth in popularity of memes made from stills or clips taken from the show. The episode spawned a new surge of One does not simply X memes focusing on the character Grunkle Stan.

According to Google Trends, the meme reached peak popularity in early 2012. There is a visible uptick in popularity in October 2006, when US Senator Rick Santorum used Mordor to describe the situation in the Iraq war. Based on what we have been seeing on Reddit, Instagram, and various internet forums, the meme is not going to leave the public consciousness any time soon.

The meaning of this format has changed throughout time. At one point, it was a LOLrandom remix of Lord of the Rings. During this time it was also used for crossover memes with other characters from pop culture.

Today, it is usually used to describe something that is not as easy as one would like. It can be silly or serious in the descriptions of these tasks. It is often used to express a lack of self-control, as exemplified by memes about dieting and exercise or a lack of restraint when tempted to do something goofy. One does not simply X can be used to vent frustration with technology that malfunctions or is not user friendly. It can also be used as a general reaction image to convey disapproval or dismay.