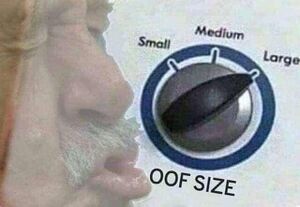 This particular meme is in regard to a reaction image involving the superimposed face of a grimacing man on the left and a washing machine dial marked "Oof Size" turned to the "large" setting. It was one of the first notable memes of 2020, commonly used to comment on various cringy things.

While finding the first post to use the image remains a murky task at best, the earliest traced post to use it would be Twitter user @phrenic31 in September 1, 2019. The image's effect is derived from the load size dial of a washing machine.

In short, the meme is used to comment on just how bad something is bound to go for someone. "Oof" is commonly used as an exclamation of understanding just how much of a screw-up or train wreck some scenario was or is anticipated to be. Examples of the sorts of scenarios that might merit its use include the following: 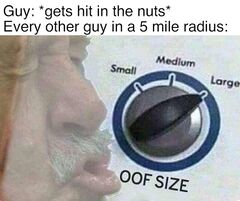 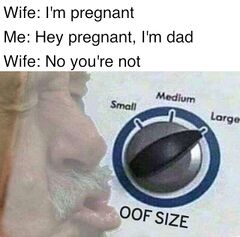 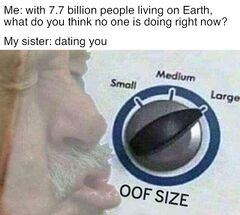 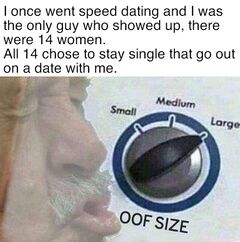