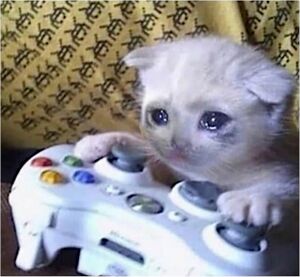 The “Sad Gaming Cat” is a meme that originated around 2012. It features a visibly sad kitten holding an Xbox 360 controller. A man in a yellow shirt sits in the back, and the cat is sitting on a cushion itself.

The first instance of the photo was on a pet site called Cutest Paw, where a user showed off his kitten chilling and playing a game. From there, the image started trending on sites such as Imgur and Reddit, quickly becoming viral and one of the hottest hits of the summer.

In 2019, the picture saw a resurgence as new games were released and players wanted to make fun of teammates and enemies.

This meme is used anytime a gamer is sad or depressed while playing a video game. People photoshop white text on the foreground of the image, saying things such as "when your random teammate leaves the lobby and you'll never see him or her again".

The meme is popular to express sadness or the fact that some players are smaller behind the monitor than they portray themselves to be. The template is also known as Xbox Cat and is available in a couple of resolutions and sizes. 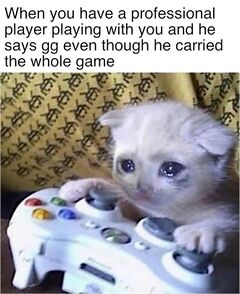 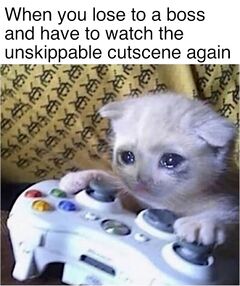 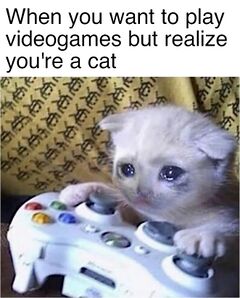 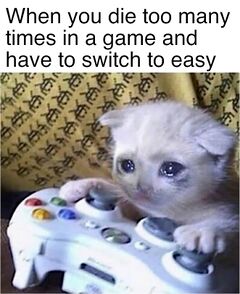