Spongebob Not Scared of The Flying Dutchman 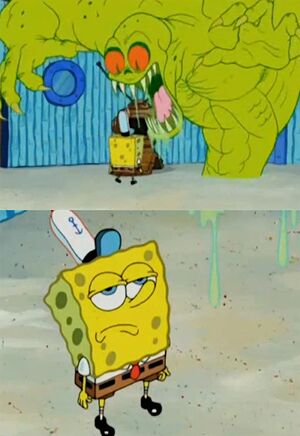 In 2019, the silly and widely acclaimed animated series "SpongeBob SquarePants" celebrated two decades of delighting children and perplexing adults with its bizarre storylines about the lives of anthropomorphic marine characters that live at the bottom of the sea.

Such has been the success of this animated cartoon that a prequel series was announced prior to second merger of CBS and Viacom, two media giants that seek to extract every possible profile from SpongeBob and his colorful friends.

As far as memes go, countless have been inspired by many SpongeBob scenes, and his unimpressed reaction at the Flying Dutchman's efforts to be scary is one of them.

The Flying Dutchman is a dead pirate whose ghost ship disappeared centuries ago; his only motivation is to be scary, but in episode 10 of the series' fourth season, which dates back to 2006, he is no longer able to frighten SpongeBob.

In 2016, a clip of a scene featuring the Flying Dutchman turning into a giant monster and towering over SpongeBob was uploaded to YouTube, thus prompting meme makers to create a two-panel image macro that started trending on Reddit in mid-2019.

This meme has been mostly used to make ironic, sardonic or sarcastic points about situations that should be scary or at least dramatic, but they fail to impress for various reasons.

One example would be the United States Special Counsel report about Russian interference in American elections, which is in fact very worrisome, but Attorney General William Barr reacted like a bored SpongeBob. 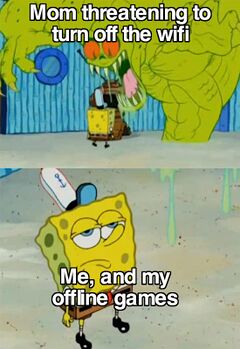 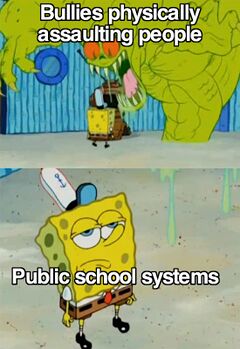 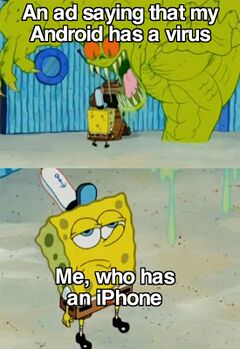 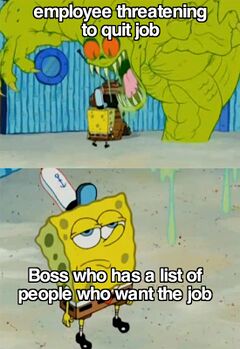