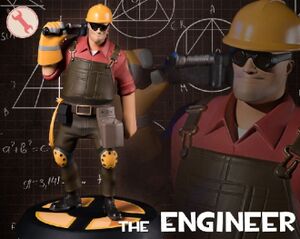 “The Engineer” is a popular Instagram and Reddit meme spanning from the video game, Team Fortress 2. The Engineer class of the game is picked to assist other battling teammates with tasks such a building teleporters and weapons.

'The Engineer' meme originated in the r/dankmemes subreddit, a popular page where users build up points (called "karma") by sharing original images. Since then, the meme has spanned to Facebook and Instagram with users' own take on the character.

'The Engineer' is just one of the many Team Fortress 2 memes circulating through the internet. Fans and critics alike took to the image with dry wit, nostalgia, and sometimes self-deprecating humor.

Team Fortress 2 players created 'The Engineer' meme to poke fun at the character class. Because The Engineers tend to take on easy jobs that don't require much effort, meme creators suggest anyone can be an engineer.

With jabs at DIY crafters and anyone who has solved a simple problem, 'The Engineer' meme serves hilarity for fans of the game. 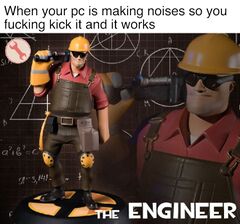 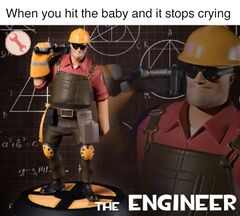 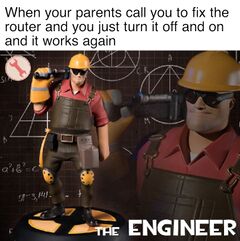 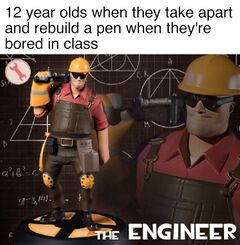