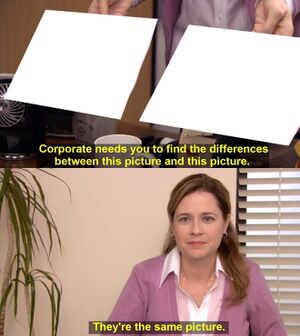 “They’re The Same Picture” is a 2-panel meme template which is part of a larger series of memes based on the American sitcom The Office. This meme puts the character Pam Halpert (played by Jenna Fischer) in a situation where corporate wants her to determine the difference between two pictures. In the second panel, Pam declares “They’re the same picture.”

The source image comes from the 2011 episode “Search Committee” in which Pam pranks Creed by asking him to find the difference between two pictures, which she states privately in a different shot to be the same.

In 2018, the image was used as a reaction image, specifically in situations where a user was unable to tell the difference between two things. Its first use as a meme template occurred on June 22nd, 2018 on r/MemeEconomy. OP of the thread likened Fortnite to a trash bin, a sentiment that was apparently widely agreed with because the post netted over 26,000 points. 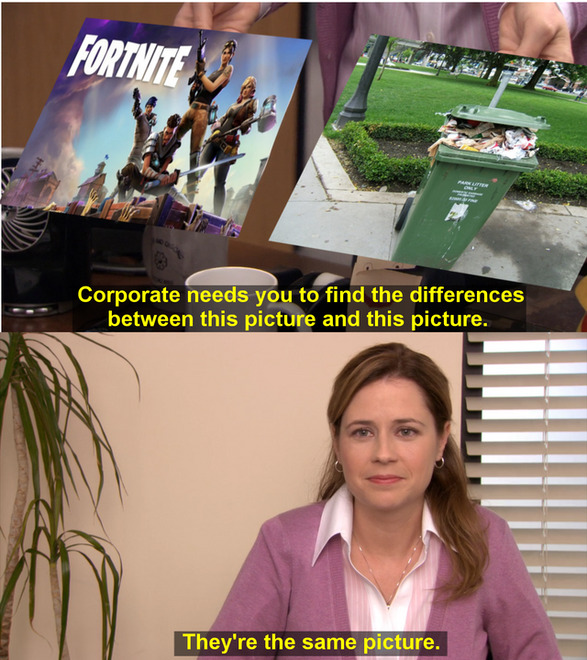 Other notable iterations of the meme appeared over the course of the summer as users explored the possibilities with this format. These include this image from r/bojackhorseman based on fans observations of the character’s self-loathing tendencies, and a meme spoofing the once-ubiquitous “loss” meme and the “is this loss?” tag attached to any 4-panel comic. 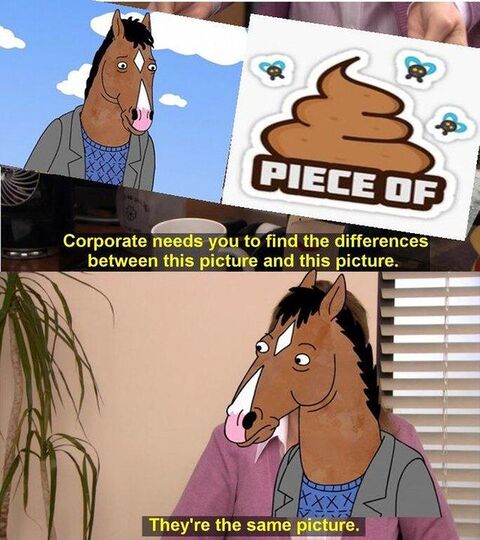 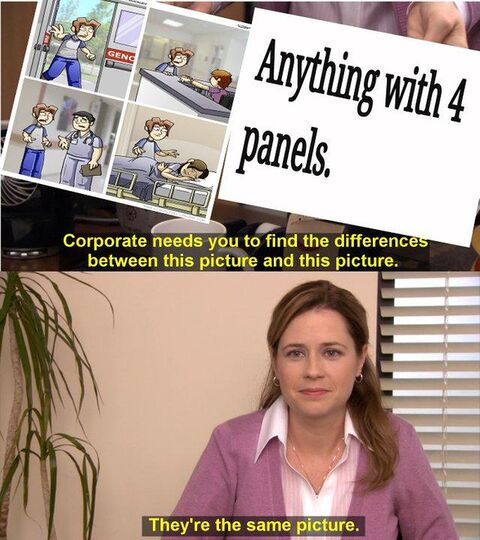 This meme is typically used to make a point that two things are the same or have similar tendencies. It has been used to make political statements. For instance, Instagram and Facebook memers have used this template to compare Zuckerberg to fascist and communist dictators. It can be used to point out similar delusions in both left and right wing thought. The meme has been used to point out similarities between various pieces of media. The internet has come up with some shocking connections.

Additionally, the meme can be used more light-heartedly. There are some examples of wholesome posts where the reader is the same picture as perfection. A notable and semi-ironic example is the comparison between garlic bread and the entrance to heaven.

As usual, the meaning of the meme is up to the memer. 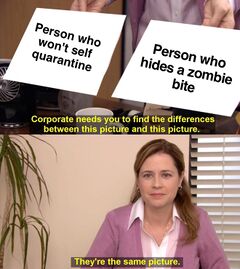 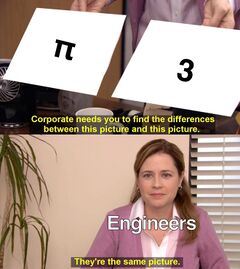 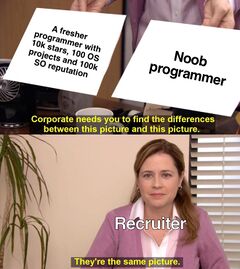