Welcome to the Gang 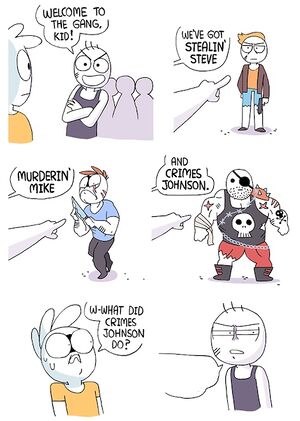 This meme “Welcome to the Gang”, known just as well as the “Crimes Johnson” meme, is taken from an Owl Turd comic depicting a youth joining a band of criminals, all captioned with funny descriptions of how they became criminals.

On December 4, 2017, Owl Turd uploaded a comic featuring a group of criminals that a young man is being indicted into.

These criminals include "Stealin' Steve" who merely looks nonplussed; "Murderin' Mike" who is shown sharpening a knife and sending a nasty look the boy's way and Crimes Johnson, who looks incredibly tough with chains, muscles, skulls on his clothes, stubble, an eye patch and a flat expression.

When the boy inquires about what Crimes Johnson did, the representative claims that Johnson "made a really bad tweet" with extra attention being given to the "really" in the word balloon while making an unsettled face.

This sort of meme has been edited dozens of times, changing the nature of the various criminals' names and acts to suit a joke. 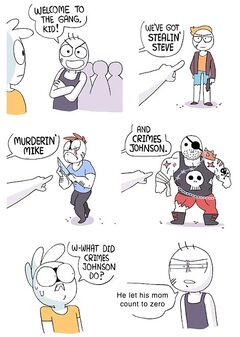 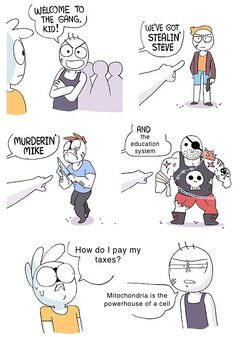 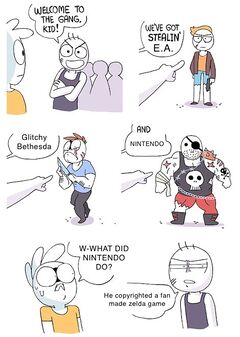 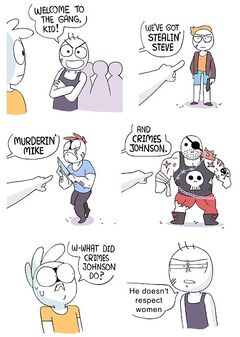