I Was a Business Man Doing Business 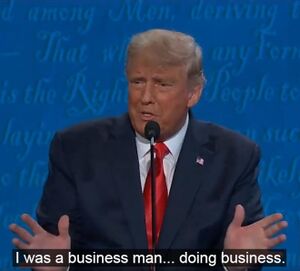 In October of 2020, President Trump became a living meme by uttering the phrase, “I Was a Business Man Doing Business.” While he may not have intended for the quote to catch on, thousands of people have begun using the retort as a way of justifying their questionable behavior in the face of criticism.

The "I was a businessman doing business" quote started when President Donald Trump had to explain his professional dealings in China. The moment occurred during a live debate between Trump and Biden in October of 2020. The debate moderator -- Kirsten Welker -- asked Trump about a private business account his company owned that had ties to China.

Caught in the moment, Trump quickly retorted with, "I was a businessman doing business." While many onlookers glossed over this phrase, it soon caught fire and became a cultural meme within the online culture and video game worlds.

Have you ever experienced an instance where you got caught in a lie or shady situation? With your back against the wall, you may have uttered an excuse that would, in your mind, justify your behavior.

The "I was a businessman doing business" meme is a way for you to -- hopefully -- get out of trouble with no consequences. In essence, whatever actions must be taken to get results are justified. 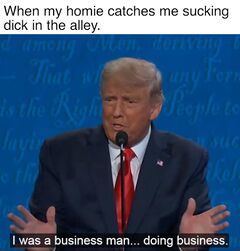 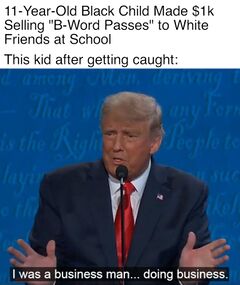 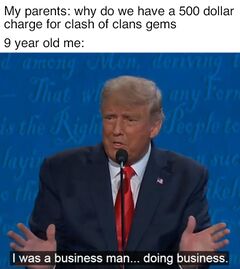 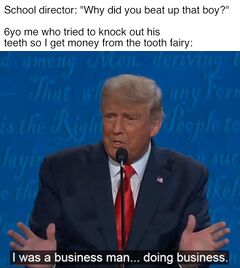