You Wouldn't Get It 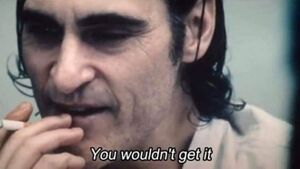 “Joker,” a popular film starring Joaquin Phoenix, is credited with bringing the “You Wouldn't Get It” meme to life. The main protagonist, Arthur Fleck, uttered the line when speaking with a psychiatrist. It didn’t take long for the clip to go viral after the movie hit theaters.

Towards the end of the movie, Fleck is being interviewed by a mental health professional. When he begins inexplicably chuckling, the psychiatrist asks him what’s so funny. Fleck brushes her off, stating that it’s an inside joke and that she wouldn’t understand. One short week later, the scene evolved into a meme.

Losteggwhites, a member of Reddit’s platform, posted an edit of the image that gained over 4,000 upvotes. Many other Redditors followed suit, using their creativity to produce relatable renditions of the image.

People use the You Wouldn’t Get It meme to express someone’s inability to comprehend something. For instance, when older generations ask millennials what they find so interesting about the internet. 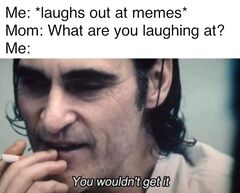 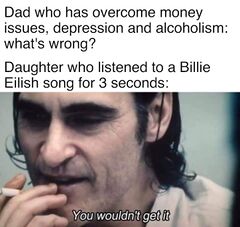 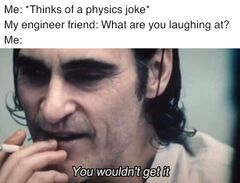 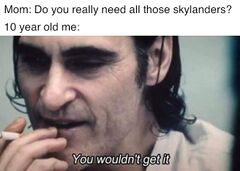