Cat Standing in the Snow 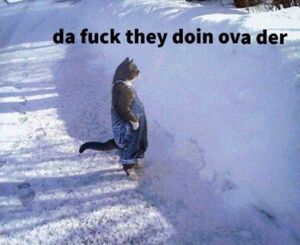 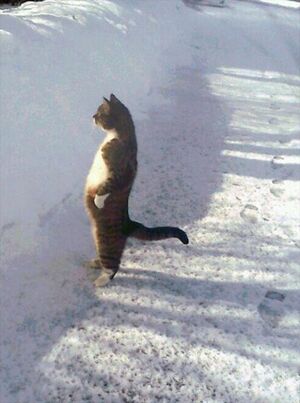 “Cat Standing in the Snow” is a photograph that depicts a cat standing on its hind legs, peering over a snowbank. The cat's vaguely humanlike pose has inspired thousands of memes, typically captioned with some variation of "da fuck they doin ova der."

The photo was originally posted on Reddit to the subreddit /r/aww, where it quickly gained thousands of views. The picture traveled across various subreddits and finally reached meme status when a user added the caption "That son of a bitch / He got a boat!" From there, the image exploded in popularity.

Hundreds of memes appeared on Reddit and Twitter, ranging from humorous observations about everyday life to references to pop culture and political events. The caption "da fuck they doin ova der," seemingly created by a Twitter user, is frequently paired with the image. To date, the picture has racked up thousands of views across various social media platforms.

The cat's seemingly humanlike pose has inspired countless jokes that poke fun at various aspects of the human condition. The cat is often portrayed as an outsider observing strange or confusing events, from surprise twists on TV shows to ordinary people's illogical behavior.

Other interpretations of the image involve a cat trying to be human. A popular variation of the picture includes a photoshopped pair of overalls, making the cat seem even more humanlike. Seeing humanity through the lens of an animal makes it easy for people to laugh at their own quirkiness. 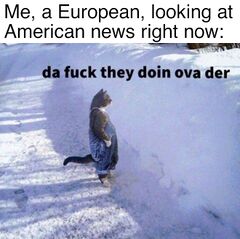 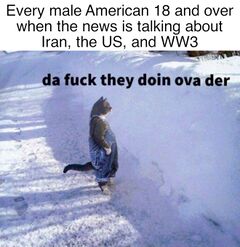 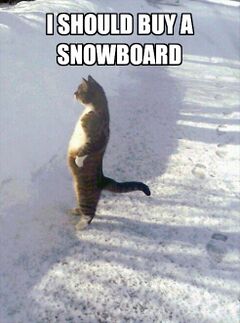 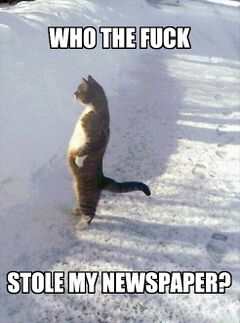