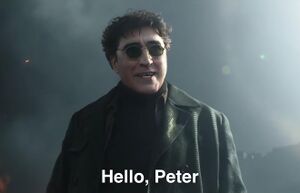 How many Spider-Man films can Marvel Comics fans handle? Judging by the success of the franchise ever since actor Tom Holland was cast to play the role of Peter Parker, it seems as if new Spider-Man blockbusters will become the norm this decade, and this also means that we can definitely count on these films inspiring new memes.

This is clearly the case with “Hello, Peter,” an exploitable image that emerged as soon as the trailer for "Spider-Man: No Way Home" was released in 2021.

The "No Way Home" trailer was introduced on August 23, right in the middle of the aggressive spread of the Delta coronavirus variant. Marvel Comics fans were filled with anticipation because rumors suggested that characters from the film series directed by Sam Raimi in the early 21st century would be returning.

The trailer did not disappoint because it featured a short appearance by Dr. Octopus, one of the most interesting Spider-Man villains, played by British actor Alfred Molina and his iconic rounded dark glasses. A single line delivered by Dr. Octopus was enough to drive fans crazy, and the first image macro featuring this clip appeared on 9GAG in less than 24 hours.

Around the same time, a two-panel reaction was posted to Instagram, where it collected more than 50,000 likes in just one day. Remixes would later be posted on Facebook, and they included the classic Pointing Spider-Man meme.

There is no question that Dr. Octopus is the coolest and most fashionable Spider-Man nemesis. That is the entire point of this meme, which can be used to highlight situations in which something really cool makes a sudden, cathartic, and totally unexpected appearance. 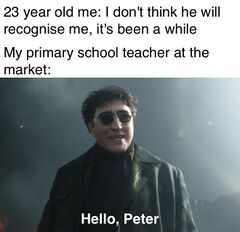 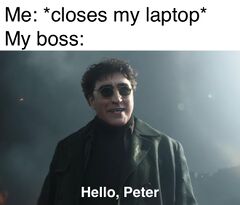 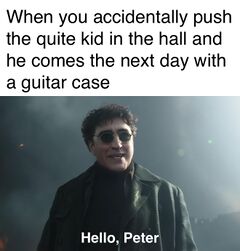 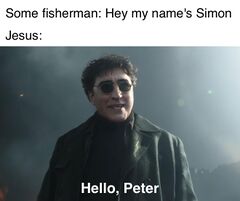