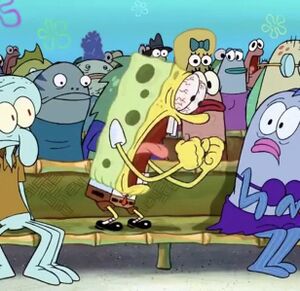 SpongeBob “I Fucking Love X” is a template that emerged from a specific image with SpongeBob frantically shouting into a crowd. Even Squidward appears frightened. The image caption is manipulated by the user to change the message. SpongeBob may also have other characters placed over him to meme about other perspectives. It can thus be used to express one’s own opinion or as a “x be like” statement.

The top text specifically declares SpongeBob’s love for any subject, hobby, or anything the user decides to insert. The bottom text is a descriptor of what that means, sometimes written with a layer of irony.

The original image is captioned in the Impact font, all caps. It says: “I FUCKING LOVE WAR” “I WANT TO FUCKING KILL PEOPLE FOR MONEY AND DESTROY CULTURES AND HISTORY”.

It is believed that the original image was posted to iFunny first, and the first known instance of a repost is from a December 2021 Instagram post. However, the original author remains unknown and the exact time of origin remains uncertain. 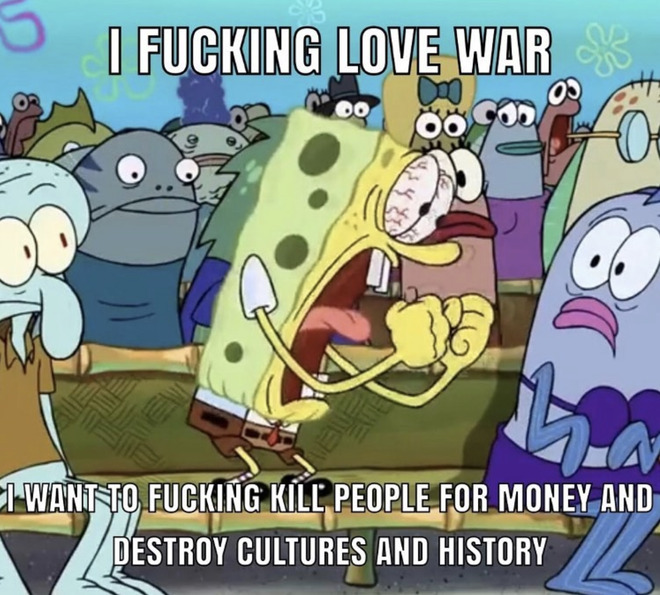 This meme created a format with a 2-line caption. It is, however, not the first use of the screaming SpongeBob image. It’s rapid spread on Instagram may have been helped by this edit by user dried.flesh, which references the Metal Gear game series. Instagram is a platform that gives users options to edit over these images and it was not long before remixes started spreading. On December 31st, marxchungus4kuhd posted what is believed to be the first, replacing the word “war” with “cars” 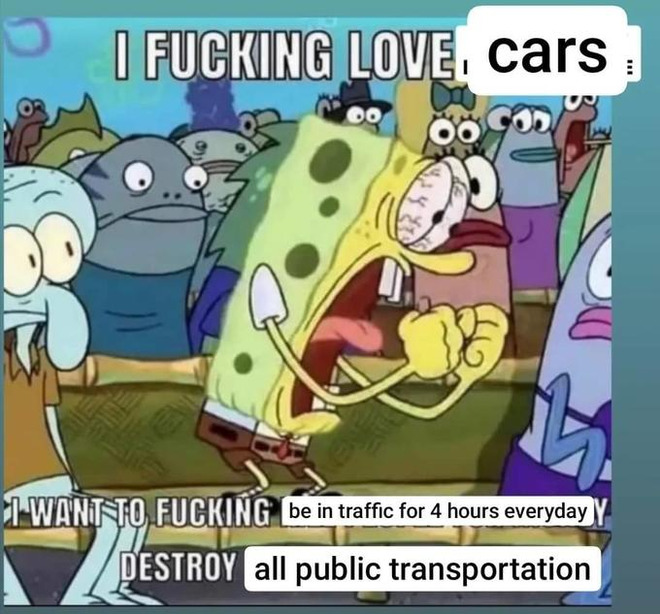 Due to its origins, the popularity of this template spread from Instagram communities surrounding gaming and politics. It was adopted first and primarily by leftist pages but it can be used to express any opinion. It is popular with Gen-Z shitposters who typically use this meme for less weighty topics and more for irony’s sake. Therefore, it continued to see heavy use into 2022, especially on Instagram and Ifunny.co where it first gained traction.

The meaning of this meme is up to you. It can be used to convey any message serious or not. The versatility of this format contributes to its popularity. The overall tone of the meme seems to has softened over time. Newer versions are sillier. Some even fall into the category of relatables. The meme is part of a greater family of memes based on Spongebob Squarepants. 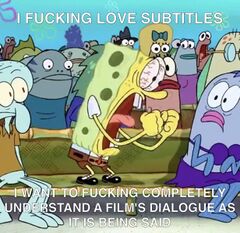 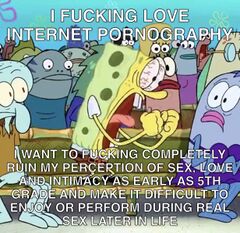 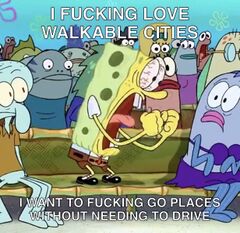 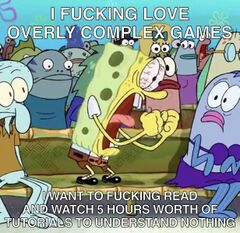